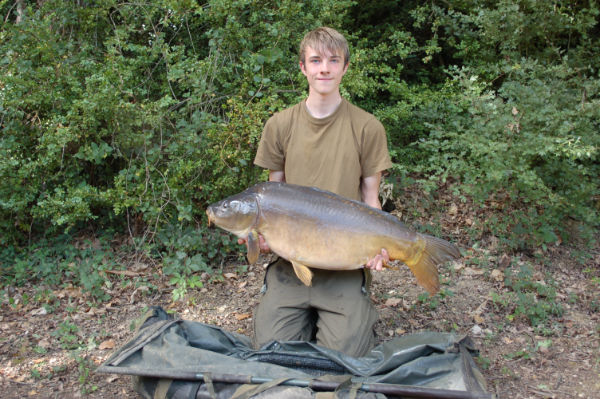 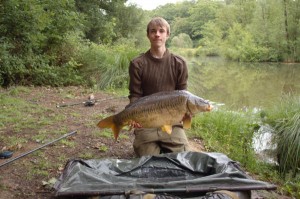 In short James had a great week beating his personal best 3 times in the week and so coincidently did his granddad Paul.

Young James set a new junior record of 33lbs 10oz which had been previously broken only 3 weeks ago and also landed these two stunningly perfect linear’s. Hopefully these two will soon be topping 30lb.

Very sought after fish James, well done mate and it keeps the Oakwood Fisheries record going… every group that has been out since we opened in 2009 has caught carp to over 30lbs!